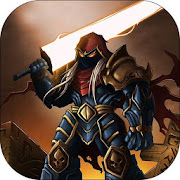 Game Description Stickman Ninja warriors game talks about the battle of the brave warrior named slayer. In a fight with athor, Slayer was pushed to the puture by athor’s power when Athor’s powers have grown and darkness has covered all over the world. In that time Athor wasn’t able to be killed and slayer not only fighted to devil’s minions but also found the method to destroy Athor before he became stronger. your task is control Slayer with his allies and struggle for the place where Athor and the monsters are occupying.in the process of performing the task and destroy the monsters, there will be felt out items which support and unlock the system of splendid skills of character. besides, you can also recruit more warriors with different strength and attack modes be carefully because the game has a lot of dangerous bosses with utopia power which always go along with mini boss is constantly updated in terms of strength and complement so you will have to use flexible skills and durable combat, becoming the most powerful warriors. HOW TO PLAY Simple and smooth control use the left and right joystick to move the hero. use skill system, jump button, attack on the left side of the screen World ranking The game offers world rankings with many features such as ranking rankings, exp ranking, wealth ranking…. Experience the best sound and sound effects high quality graphics full hd the special of 3D attack skills are impressive, Darkness great music sophisticated sound martial arts elaborately create an extremely exciting action game CONTACT US Our products frequently have been improved for users We want more ideas from you or there are any errors, please contact us: Email: publisher.hodgame@gmail.com